I have become slightly obsessed with the food I read about in books. I have a notion that it is as honest a peek into the author’s mind as we are likely to get. There can be no food in a book that isn’t, in some way, autobiographical. What follows is an article I wrote (and cooked) for Bookwitty on the subject of food in children’s literature:

‘The high tea that awaited them was truly magnificent. A huge ham gleaming as pink as Timmy’s tongue; a salad fit for a king. In fact, as Dick said, fit for several kings, it was so enormous. It had in it everything that anyone could possibly want. “Lettuce, tomatoes, onions, radishes, mustard and cress, carrot grated up – that is carrot, isn’t it, Mrs. Penruthlan?” said Dick. “And lashings of hard-boiled eggs.” There was an enormous tureen of new potatoes, all gleaming with melted butter, scattered with parsley. There was a big bottle of home-made salad cream. “Look at that cream cheese, too,” marveled Dick, quite overcome. “And that fruit cake. And are those drop-scones, or what? Are we supposed to have something of everything, Mrs Penruthlan?” Enid Blyton.

Children’s books are jam-packed, stuffed to the gills with food. The smallest toddlers begin their bookish adventures with The Very Hungry Caterpillar, Each Peach Pear Plum, a Big Pancake, an Enormous Turnips and an unstoppable Magic Porridge Pot.Roald Dahl holds young readers in thrall with a Giant Peach and a Chocolate Factory.Paddington, Pooh and Bilbo Baggins all call halt for elevenses be it marmalade sandwiches or hunny with condensed milk (hold the bread). Julian, Dick, George and Anne have unfathomable appetites for hard-boiled eggs and who could forget Louisa May Alcott‘s Jo, reading and weeping while munching an apple? The fictional store cupboard, it seems, is never bare. 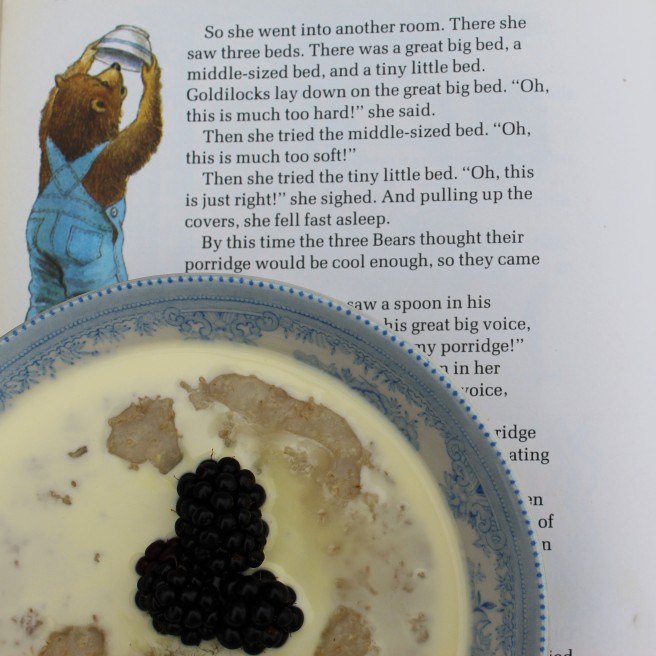 Given that fictional characters don’t even need to eat, why do they continually snack, forage, feed and feast?

Read on to see what I cooked up…

12 thoughts on “A Feast of Pure Imagination.”