Thank you for the enthusiastic comments on my post about the life-changing power of probiotics. I’m delighted that so many of you share my fascination with the microbiome. Prepare to hear MUCH more on this subject as I am obsessed and determined to learn everything I can. I hope that you might join me .

I’m not one for New Year’s resolutions. Today is my day for new beginnings.

The Spring equinox falls this year on March 20th, at 16.15 if you want to be precise, but in Sultanabunland, of which I am Queen, today is the first of Spring.

I grew up a stone’s throw from St. Brigid’s Well in Co. Kildare. Her feast day, February 1st, was not only a holy day of obligation, and a day off school, but also the accepted first day of Spring. I wrote a brief history of St. Brigid, along with a tutorial on making a St. Brigid’s cross in this post.

The girls, I hope, will make a cross in school today. I, in the mean time, have unintentionally made an edible version. This, weirdly, made me smile inside.

It smells of Spring today, even though it’s much colder than last week. There’s a sense of awakening. I’m convinced that if I put a stethoscope to the earth I might hear a surge of movement, a trembling, like an oncoming wave. 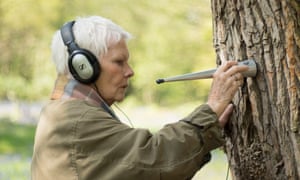 There is a wonderful article here about Judi Dench and her love of trees. It’s well worth a read.

There can be no doubt about it, the garden, with or without permission from the astronomers, thinks it’s Spring.

We have the sweetest, rosiest buds on our young lime tree (Tillia cordata, not actually the trees that make limes at all). We planted this especially for our visiting bumblebees as it is said to be one of their favourites.

Our little Magnolia stellata is just getting her gladrags on. It’s as though she is wrapped in her fluffy dressing gown waiting for the moment when she will cast it aside to reveal the glamour beneath.

The Japanese quince (Chaenomeles) is producing the daintiest blossoms you ever saw. They almost look fake.

Pulmonaria is off the starting blocks. You’ll hear me squeal when the first bee turns up.

Oh, and I have, at last, what could almost be classed a crowd, a host of golden daffodils. While I watch them toss their heads in sprightly dance, I send my love and thanks again to my distant friend who once left a sack of bulbs on my porch.

Last but not least, a single Anenome coronaria, St. Brigid’s flower, who never fails to show up on the day. Ah yes, the greenfly are definitely awake. Do they ever sleep?

One last thing: I read and enjoyed an unusual book last year by first time author Rachel Hargreaves called Miss Boston and Miss Hargreaves. Rachel got in touch to ask if I might re-post my review to coincide with the paperback release. It’s always a thrill for me to hear from authors whose books I have recommended so this is absolutely my pleasure. You may read my review here.

But now in September the garden has cooled, and with it my possessiveness. The sun warms my back instead of beating on my head … The harvest has dwindled, and I have grown apart from the intense midsummer relationship that brought it on.   Robert Finch.

To be honest with you, the garden has broken loose of my feeble attempts to keep it under control. Our Irish summer lived up to its damp reputation and my mind has been occupied with indoor projects (the room!). I can never manage to keep both inside and outside of the house the way I’d like to. They seem to require two different, mutually exclusive, states of mind. Or, maybe I’m just lazy.

Small Girl’s outdoor café has been invaded by nasturtiums. I’ve suggested she call on The Doctor for a solution but she has, rather inventively I thought, taken to selling nasturtium sushi rolls. The kick you get from eating nasturtium seeds is very similar to wasabi; she could be on to something.

Despite the weather, we’ve had huge satisfaction from the edible end of our garden. Husband’s elephant garlic, aside from giving me a near-concussion, has provided endless amusement. Incredibly, the advice for using this is to add exactly the same number of cloves as you would of regular garlic. The flavour is sweeter and less pungent and the garlic breath, we think, less noxious. It’s hard to tell , since we are all eating it. At the other end, unfortunately, there seems to be a payback in pungent gaseous emissions.

The fruit trees are coming on. We had four dozen, or so, delicious apples. There were, I swear, seven perfect cherries but the birds picked us clean. Gah.

Our pear tree has us flummoxed. It’s growing at a great rate and rapidly approaching some overhead lines that we, stupidly, failed to notice when we planted it. However, it produced only a handful of pears, half of which were blown off in a storm.

This was the only one to reach the kitchen, hard as a bullet and free from juice. I don’t mind, I don’t really like pears anyway.

Figs. I thought I didn’t like figs. That’s clearly because I’d never had a fresh fig, straight from the tree. I was flabbergasted. There must be some fragile flavour components that deteriorate quite quickly in figs because these, honestly, were fragrant and delicious. We had about thirty from our five-year-old tree. It’s a Brown Turkey. We followed advice to plant it in a big pot with a hole made in the bottom and sunk into the ground because figs like their roots to be restrained.

AND, we have olives, can you believe it?

There are still a few crops to harvest. The girls forage for raspberries, blackberries and fairy strawberries when they come in from school. We’ve planted some winter salad and beetroot. I’m sharing the kale with the butterflies. What harm?

There will be turnips.

Also, there will be oca, and plenty of it. I think it will be ready to eat around November and my fingers are crossed that we will like it because it is a pretty plant and spectacularly easy to grow. I’ve heard it described as something that looks like a potato and tastes like a lemon. Regardless, the combination of oca and rampant nasturtiums is making a neglected corner look rather lush.

I’m not brilliant at getting plant combinations right. I think it takes tremendous knowledge, forethought and skill to put the right plants together and keep beds looking good through the seasons. Nevertheless, I’ve had some happy accidents that, truly, make my heart skip a beat. It is these gifts of loveliness that make you believe in an all-knowing Mother Nature. The Verbena bonariensis seems to look good wherever it grows but particularly vibrant against the weeping cotoneaster.

When we had narry a plant, a friend gave me a plastic bag filled with Japanese anenome seedlings which she had weeded out of her own garden and promised would soon fill up mine. I have to admit that I don’t really like the plant part, the leaves are too grey and thuggish. Every year since, I have decided to dig them out and then, when the flowers have finally come, changed my mind. I think they look especially lovely coming through this crab apple tree.

If I could only have one tree, it would be a crab apple tree.

It is simply the space outside my back door where I go to breathe deeply, to look for small wonders, to indulge my inner farmer,

to see beauty in the everyday, every day.

Wishing you a lovely weekend.
Lynda.